Lauded as “sharp-edged and engaging” by the New York Times, the Sebastian Chamber Players are a dynamic young chamber ensemble specializing in the music of the Baroque and Classical eras. Over the past three years, audiences of the FME chamber music series have witnessed the Sebastians’ meteoric rise in the chamber music world as they reached the finals of the 2011 York International Early Music Competition and won the audience prize at the 2012 Early Music America Competition. The ensemble will present a thematic program featuring the music of composer Jean-Philippe Rameau. www.sebastians.org

Encore Music Creations has moved audiences at venues ranging from cathedrals and country churches to private homes in the United States and abroad, sharing music from the classical, sacred and jazz traditions. Lars Gjerde, Brett Judson, and Scott Perkins are versatile performers who draw from centuries of musical expressions to present an impassioned performance featuring a melange of instruments and song. www.encoremusiccreations.com

Directed by Maestro Adrian Sylveen and composed of the region’s finest musicians, the Connecticut Virtuosi Chamber Orchestra, founded in 1997, has grown to become one of the most active and versatile musical organizations in Connecticut whose annual performance season is celebrated throughout the state. In a rare treat, conductor and violin virtuoso Sylveen will play and conduct an evening of favorite concertos, featuring Mozart’s Violin Concerto in A major and Bach’s Brandenburg Concertos No. 3 and No 5. www.thevirtuosi.org

Experience a New England tradition, ring in the season with the choirs of Gaudeamus and Chorus Angelicus! Since 1991, internationally acclaimed children’s choir Chorus Angelicus has won audiences over with their angelic choral sound. Under the direction of Gabriel Lofvall, they will be joined by their counterpart adult choir Gaudeamus for a festive concert filled with heavenly choral singing and Emanuel’s spectacular organ and piano. Seating is limited, so be sure to arrive early! www.chorusangelicus.com

A piano quartet entering their fifteenth season, Avery Ensemble performances have been hailed by the Classical Voice of New England as “committed… excellent… amazing and persuasive” and as “marvelous… infused with passionate abandon and sensible restraint” by Audiophile Audition. Emanuel’s beautifully restored 1893 Steinway concert grand will provide the perfect foundation for Brahms’ Piano Quartet No. 1. The program will also feature works by Mozart and Biber. www.averyensemble.org 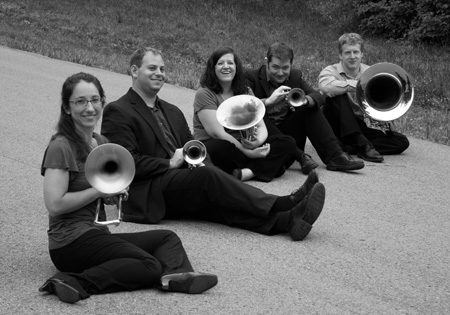 An up-and-coming young brass quintet from Bloomington, Indiana, the Mirari Brass Quintet has performed in more than twenty-five states throughout the United States, earning praise for their expressiveness, technical mastery, and innovative programming. The Quintet will open the 2013-2014 concert series with a diverse program including music by J.S. Bach, Mendelssohn, Eugene Bozza, and compositions and arrangements of Mirari’s own trumpet player Alex Woods. www.miraribrass.com